CHAPEL OF THE CONCEPTION 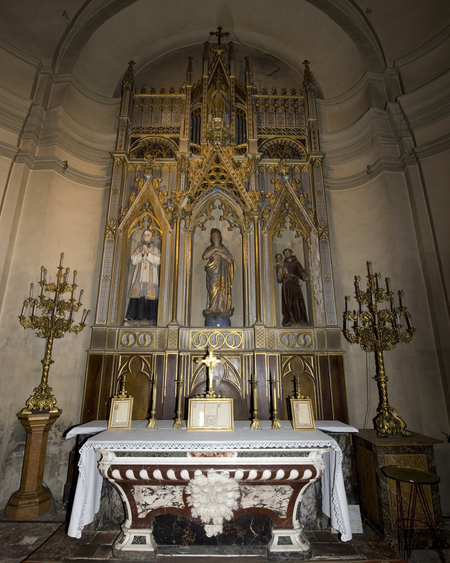 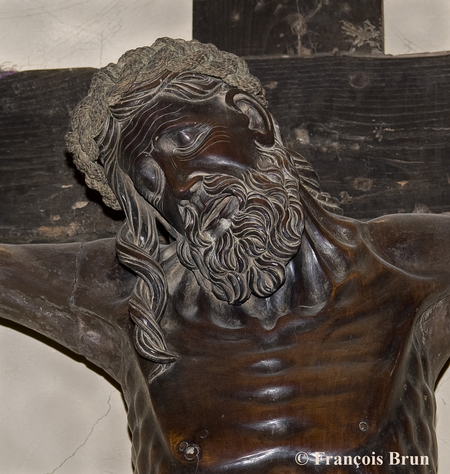 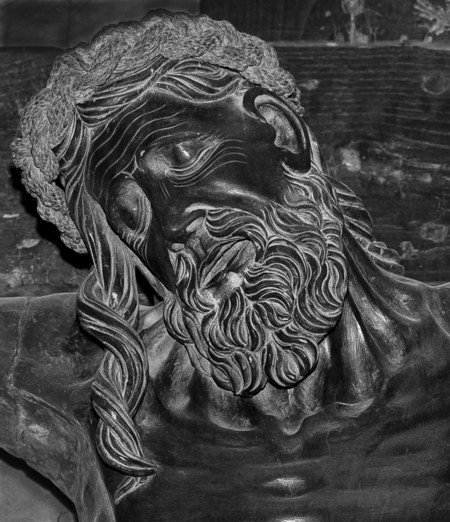 It’s the chapel extending the northern limb of the transept, which was started in 1749. Its gilded wooden altarpiece dates back to 1839. A statue of the Immaculate Conception stands in the center between the statues of Saint John Vianney (left) and Saint Anthony of Padua (right), both added later on this altarpiece.

Let us simply mention Saint Catherine, not about her statue but about the devotion she enjoyed in Prades ; a special chapel was dedicated to her, which “was built at the end of the old churchyard overlooking the street of the school”, as it was said in 1783.


In the right limb of the transept, was placed the black wooden Christ of the 16th century which certainly constitutes the most beautiful piece of art in the whole church if not the oldest.

"In November 1664, a procession was made throughout the city of Prades per "necessitat de pluja" : "to ask for the rain". Three priests were carrying the St-Christ which the chronicler also calls « the St-Crucifix of Mossen Sirac or Mossen David », that is to say the two persons who without doubt ordered and offered it to the parish. The Holy Christ weighs a lot, so the three priests who were carrying it (among which our chronicler), had to stop the procession. After a month, the major priest (one of the three) fell ill and died. The two others experienced quite a fright and thus felt indisposed. Indeed, a saying ensured that when one took the Holy Crucifix out, a priest would die ; but it must not be said… and I will not refuse to carry it again if I had to, but it is so heavy that there are excuses ». It seems that our good priest was not very at ease."