CHAPEL OF THE ROSARY 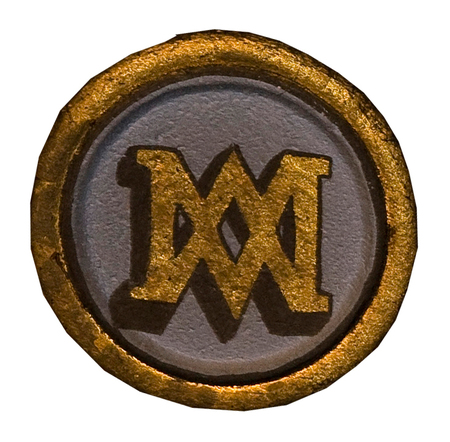 Keystone dedicated to Mary - monogram of the Virgin © F.BRUN 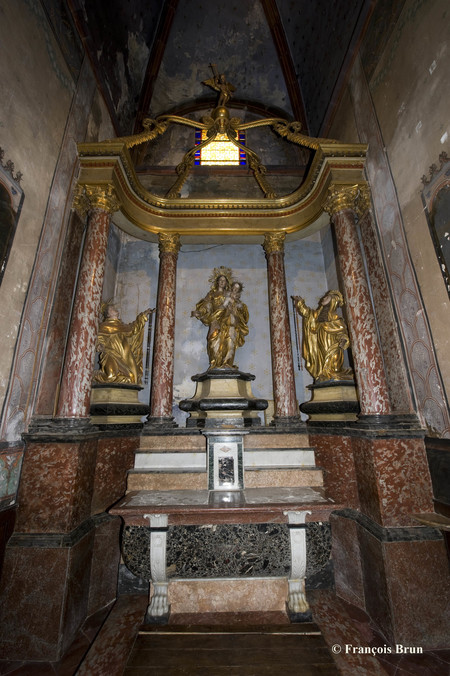 This chapel whose keystone is marked with the monogram of Mary, was therefore intended for the Virgin

Actually, the pipe organ was installed there until 1818, while in 1703, the statue of Saint Valentine was disposed underneath it - at present in the treasure-house of the church.


In the last century, here was moved the Rosary’s Group, made of gilded wood from the 18th century, representing Our Lady of the Rosary between Saint Dominic and Saint Catherine of Siena. These statues come from the former Rosary’s Church consecrated in 1581, since disappeared and on which site nowadays rises the town hall, downtown.

On the paving, a funeral inscription can be read whose translation from Latin to English means: “Here lies Joseph de Lacroix, judge of this city, who believed and hoped in Christ the Savior. He died on the 14th of November, in the year of the Lord 1769”.

It is this very judge who, in 1758, had to fall out with nine young men from Prades who, at night, sang in the streets a medley of bawdy songs and funeral psalms.