CHAPEL OF SAINT JOHN THE BAPTIST 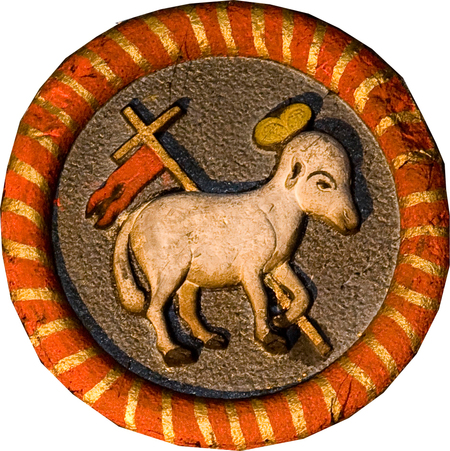 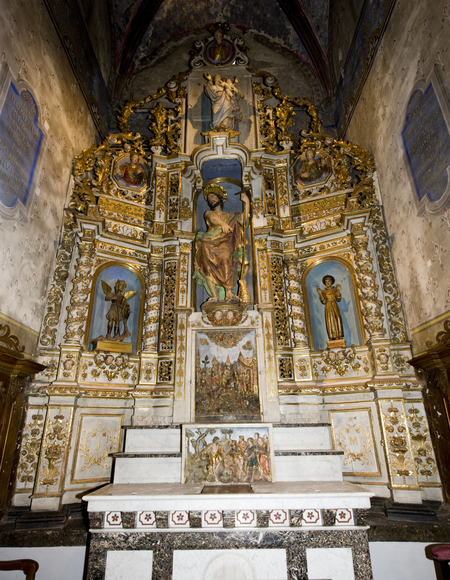 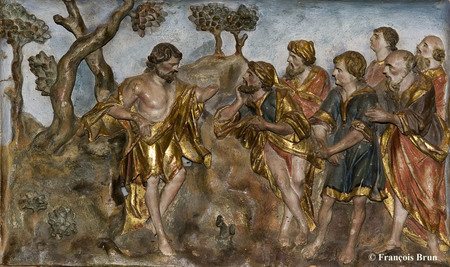 The Preaching of Saint John the Baptist © F.BRUN

The keystone bears a "Paschal Lamb", symbol of Christ, evoking the word of St John the Baptist : "Behold the Lamb of God".

A Saint John The Baptist altar is mentionned in 1381 in the former church.

The altarpiece, dated from 1699, is dedicated to the Holy Precursor and was probably the artwork of Joseph Sunyer.

Some of the statues were added afterwards as a difference of workmanship can be noticed. At the very top of the altarpiece, the Holy Virgin with Child, venerated under the name of "Notre Dame de la Salut" (Health), comes from the chapel of the Capuchin’s Convent. She had, in 1750, her own "goigs" (Catalan hymns).

Surrounded by Saint Agatha (on the left), and by Saint Lucia (on the right), invoked for the sight because of her name which means "light", precisely carries two eyes on a stemmed tray.


On Mount Alvernia, a seraph, apparently crucified, mysteriously imprinted on the hands and feet of Saint Francis the marks of nails, and in his side, the mark of spear thrust given to the Christ on the cross. The position of these sacred stigmata explains the position of the statue’s hands. Along with Saint Michael (left), these 2 statues surrounding Saint-John The Baptist are late additions.

Under the titular saint, the inferior part reveals his preaching. This panel was inspired by a painting of Nicolas Poussin "Saint-John baptizing the Jordan River" around 1634.

Just above, a surprising panel of larger dimensions presents the martyrdom of Saint Valentine, the Beheading of John the Baptist.

This chapel was the seat of the brotherhood of carpenters, masons, linen weavers, manufacturers of grape-harvest baskets, potters, carpenters, stone-cutters and coopers : brotherhood who held the “Mystery” of the Ecce Homo dedicated to the Holy Week processions.