This chapel presents a 17th century wooden Entombment of Christ, in which the traditional figures are represented :


The Conflent, like all the Catalan country, had a lot of devotion to the Holy Sepulcher. Like Prades, the churches of Catllar, Vinça, Espira, Villefranche and Corneilla, have their Entombment of Christ.


The large marble slab with no inscription, which lies in front of this chapel, must cover the tomb of Joseph Barrera and his family. Indeed, as a reward for his devotion to the Holy Sepulcher of his parish, this bourgeois of Prades obtained, in 1655, permission to dig his “vas”, that’s to say his tomb, in this chapel. 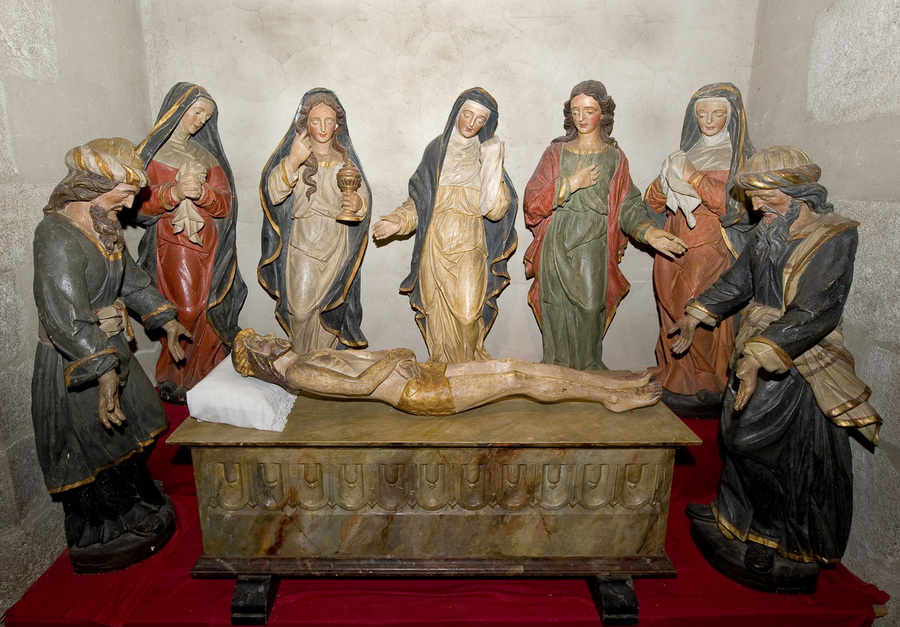