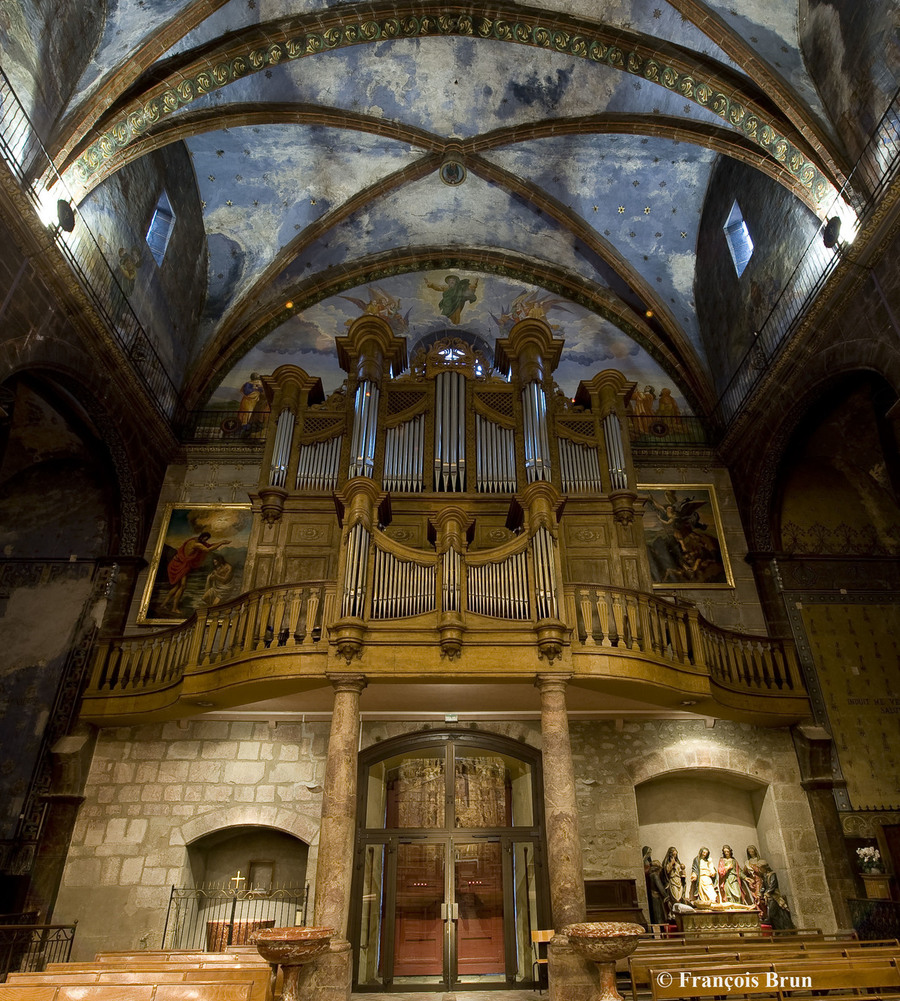 The Pipe Organ - executed around 1818 by the Grinda brothers © F.BRUN


The actual pipe organ was built around 1818 by the Grinda brothers, who were asked for an 8-foot display pipe organ similar to that of the church of La Réal, in Perpignan, which they were working on at the same time. In Perpignan, they had to use a side chapel which explains the breakthrough and the importance of the device, here the organ builders had an organ loft. In a wide case of classic inspiration, the organ builders have placed a 38 ranks instrument, spread over 3 keyboards and a pedalboard ; classified Historical Monument, this great pipe organ was restored in 1960 by the Gonzalez establishments and in 1996.


Remarkable for the harmonic quality of the ensembles and the detail stops, it was played by the greatest organists of our time and appreciated by the music lovers of the Pau Casals Festival (according to Louis Ausseil).


Above the organ, Léo Polge painted “the Exaltation of St Peter”.
The Apostle is so possessed by Christ, that he relives the event of Ascension, exactly as said in the Gospels (act of the Apostles, Chapter 8, Verse 28). On the left, can be noticed the signature of the painter : "L. POLGE pinxit 1872."


The two large Caune-Minervois marble stoups, arranged in the nave on both sides of the main door, were made in 1852.