CHAPEL OF THE TRINITY 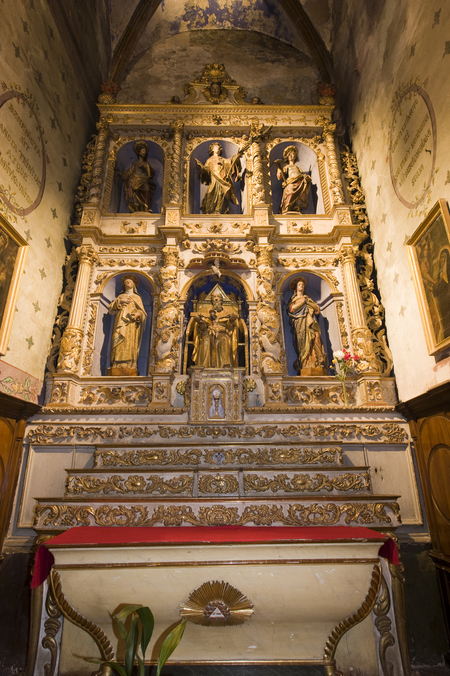 The Altarpiece - XVIIth and XVIIIth ©F.BRUN 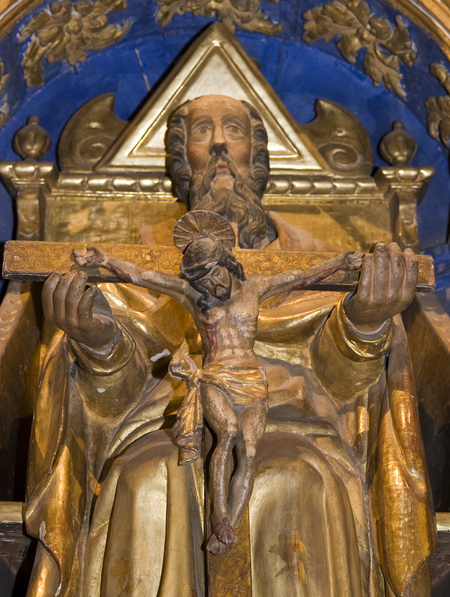 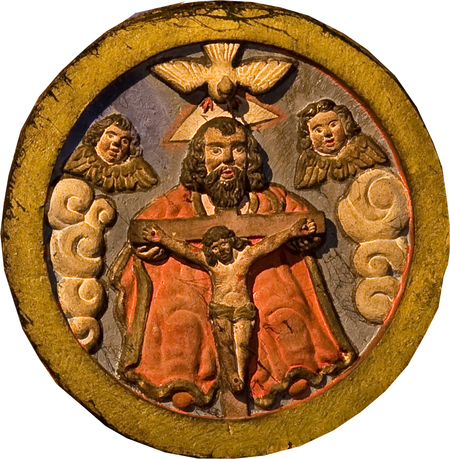 Keystone dedicated to the Trinity ©F.BRUN

By deed received at Master Hyacinthe Vilar’s, notary in Prades, on the 25th of May, 1655, Louis Generes commited to the churchwardens of the church of Prades and the fellow men of the Trinity, to building an altarpiece for the sum of 25 gold Louis.

It was stipulated that this altarpiece should have 4 niches to receive images of the Holy Trinity, St Paul, St Francis Xavier and St Anthony of Padua.


The present altarpiece is made up of Generes’ altarpiece and a second altarpiece from the 18th century.


Actually, only the Trinity’s group - the Eternal Father topped by the dove of the Holy Spirit and holding in His hands the Christ on the cross - can be attributed to this artist.

Louis Generes was the greatest sculptor of the 17th century in Conflent, fellow countryman and professor of Joseph Sunyer.

He realized the following altarpieces :

Generes’ statuary, often rough and clumsy, nevertheless reflects - no doubt because of its naivety - an expression of piety and religious nobleness.


St Valentine, deacon standing above the Trinity’s group, comes from the Rosary’s current chapel where it was placed in 1703. As to the soldiers surrounding him, one could think with all reserve that it could be St Ferreol and St Julian, his companion.


Unfortunately, the original work of art cannot be appreciated because, in its present state, it is made up of later reshapings and additions.


The keystone of this chapel is also dedicated to the Holy Trinity. An altar of the Trinity is mentioned in 1431 in the former church.


The two 18th century paintings on the wall represent both Saint Rose of Lima and Saint Teresa of Avila in her vision of the Angel, which pierces her heart with his fiery arrow (or the Transverberation).