THE CHAPEL OF OUR LADY OF MOUNT CARMEL 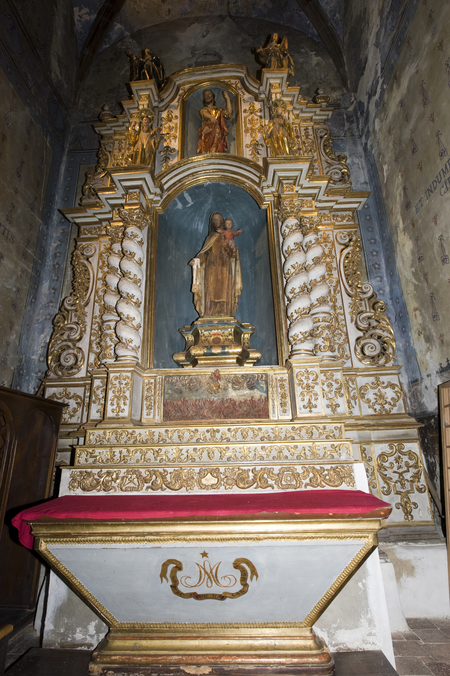 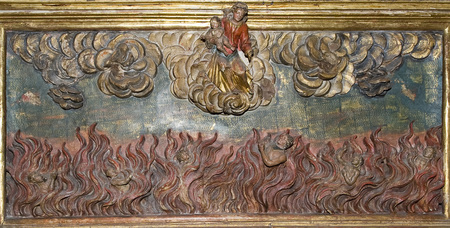 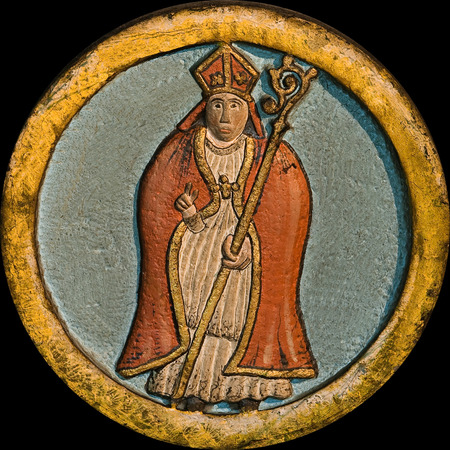 
The altarpiece, from the XVIIIth century (1778) inherited disparate statues.

According to Delamont, the central niche used to contain Saint Simon Stock kneeling receiving the scapular from the Virgin’s hands.

The upper niche was naturally kept for Saint Eligius, as it is the picture of this holy bishop that appears sculpted on the keystone of this chapel.

Saint Benedict and his sister Saint Scholastica would be part of the original altarpiece whereas Saint Rose of Lima, Saint Teresa of Avila and Saint John The Baptist would have a different origin.

Our Lady of Mount Carmel, dated 1866 is set in the centre of the altarpiece and above the panel representing the Purgatory from where The Tortured implored the Virgin.

This original Chapel of Saint Eligius was the seat for the brotherhood of :

This brotherhood owned, in half with the Blood brotherhood, a « mystery » representing the Crucifixion.