THE CHAPEL OF THE CHRIST (or of the BLESSED SACRAMENT) 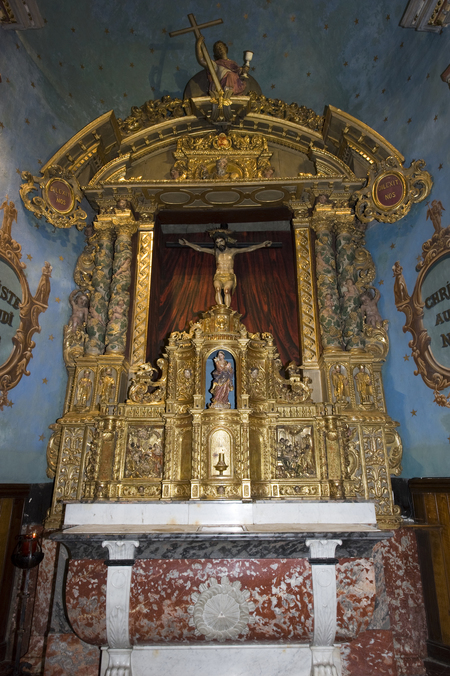 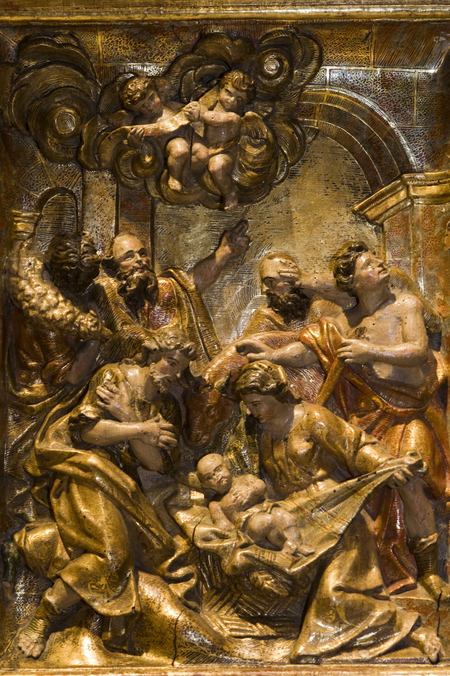 Adoration of the Shepherds ©F.BRUN 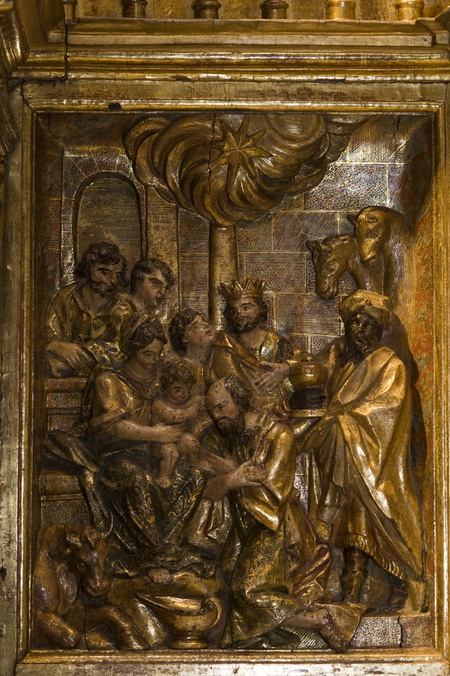 Adoration of the Magi ©F.BRUN

The chapel was built in an old tower of the ramparts, in 1696, by the care of Jean-Michel Bertran, notary in Prades, as showed by the inscription on the pillar of the sanctuary. His tomb is in the middle of this chapel and bears the inscription in Latin which says “Jean-Michel Bertran, the public notary of this city, prepared this tomb for him and his family. Stop here, passerby, and pray for him. To God very great and very tall”.


The mural paintings of the 19th century were restored in 1996.

The altarpiece consists of two parts. It is surmounted by the statue of an angel holding in his hands the cross and the chalice of the Blood of Redemption. The date of 1681 is placed between the dove of the Holy Spirit and God the Father. This dating, prior to the construction of the chapel, leads one to suppose that the original purpose of this altarpiece was the present chapel of Our Lady of La Salette.


The tabernacle of the 18th century, added to this altarpiece, comes from the old convent of the Capuchins, which after the French Revolution became a barracks and from 1824 to 1825, an ecclesiastic secondary school, “the minor seminary”.

The Virgin sits enthroned on top of the tabernacle where the Christ of the Flagellation - long time missing - was found back in 2012, and since put back on the door by the restorers of the main altarpiece. Unfortunately, the same cannot be said for the other statues. Saint Clare was stolen in 1960, and two other statuettes : St Francis of Assisi and St Bonaventure both disappeared in 1975. The Angel with the column of the Flagellation was stolen then found back. It can now be seen in the Treasure-House of the church.

This tabernacle reveals the great skill and savoir-faire of Joseph Sunyer, in this early 17th century.

The 4 large paintings from the late 17th century which adorn the walls of this chapel represent : The Flagellation, The Crowning of Thorns, Jesus stripped of his garments, the Meeting of Jesus and Mary on the way to Calvary.